The Humane Society of the United States (HSUS, aka H$U$)

H$U$ is the "animal rights" INDUSTRY leader ("living off the backs of animals", as they
accuse animal enterprises of doing), and at this time this organization is the biggest
single threat to the U.S. livestock industry, as well as to companion animal breeding
and sales. This is BIG BUSINESS at the expense of the taxpayer (whose resources are
spent fighting bad bills in almost every state OR defending themselves from thefts of
their animal-related property under color of law). Deceitful and sociopathic AR-led
organizations attempt to force compliance with their anti-animal-use agendas by lying
to the public to gain its support, vilifying those involved in animal enterprises (pets,
livestock, etc.), and intimidating animal owners/breeders with egregious anti-animal
and anti-human legislation. In addition, the AR-led industries have *infiltrated*
federal agencies, the most alarming of which is the current blatant MISUSE of the USDA/APHIS by H$U$ (and therefore, animal rights) sympathizers. We must fully understand that no matter how persuasive the AR industry rhetoric is, their ultimate goal (after they have made their millions and have attempted to control use of the U.S. animal population) is to break the human/animal bond and take away the public’s access to ALL companion (dog, cat, hamster, rabbit, exotic birds, etc.) and livestock (cows, goats, pigs, poultry, horses, etc.) animals through incrementally legislating and eliminating breeders, and thus the availability of home-raised, socialized pets.
If there are no quality breeders, our grandchildren will have no quality pets.

May 5, 2014—The animal rights organizations charged under RICO law violations for their actions against Feld Entertainment have collectively settled for just over $25 MILLION. The A$PCA was first to settle in December 2012 for $9.3 MILLION, and now the H$U$ and its co-defendants have settled for $15.75 MILLION. That's a bargain for the animal rights defendants, as a guilty verdict under the RICO Act would have resulted in treble damages. For details, see the Ringling Brothers Trial info site.

Debunking LIES:
The H$U$ is ...
(1) NOT a government agency;
(2) NOT an umbrella organization for local
humane societies;
(3) NOT the "animal expert"; and
(4) NOT an "animal welfare" organization.

Adding TRUTHS:
The H$U$ is ...
(1) a sociopathic "animal rights" lobbying organization AND
the "animal rights" INDUSTRY leader which uses less than 1% of its income to directly help animals, and has in fact put over $50 million from donations in Cayman Island investments in the past 2 years;
(2) a 501c3 that is under investigation by the IRS because of excess lobbying efforts;
(3) under investigation by several state Ags for soliciting donations under false pretenses; and
(4) an organization that was the object of a RICO lawsuit and which settled in 2014 with co-defendants for $15.75 MILLION. 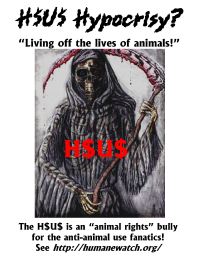 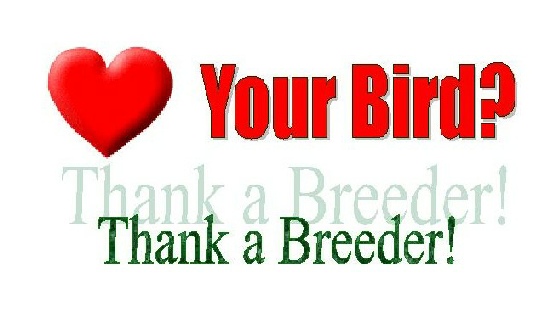 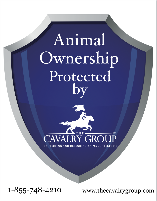